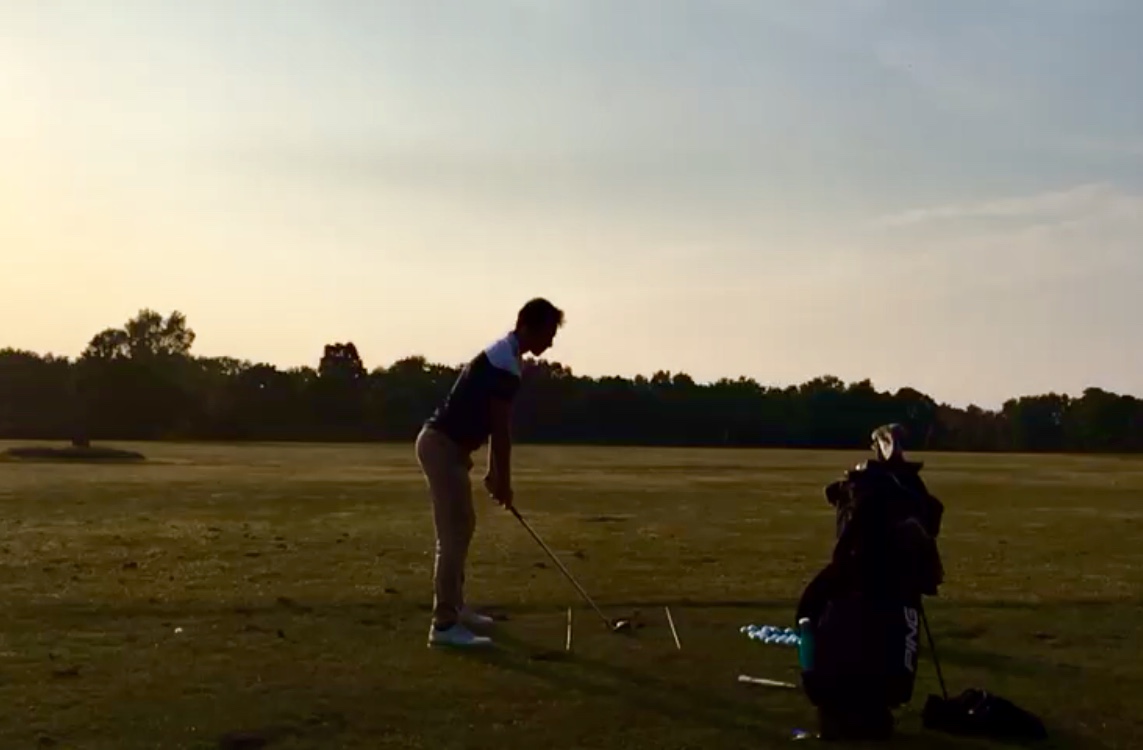 In the past 10 years there has been a trend appearing in golf coaching. More and more golf coaches are advocating variable practice as a way of speeding up skill development. Unfortunately, practice variability is commonly miss-understood and miss-applied.

In this piece I’ll explain practice variability – what it is, how it ‘works‘, when to use it and when not to use it; in order to optimise your golfing progress.

What is practice variability?

Back in the 1960’s a scientist called William Battig found something rather counter-intuitive when exploring people’s ability to learn words. He gave subjects lists of words to learn. One group learned these words in blocks, the other had their lists jumbled up (randomised).

As expected, the people learning in blocks were much better at successfully recalling the lists during practice, compared to those with jumbled up lists.

However, when testing these two groups at a later date something unexpected occurred. The performance of the groups flipped round. The blocked group performed far worse than the group who leaned in a randomised order.

In the past 50 years, this same experiment has been repeated multiple times with sporting skills, including golf putting. The research shows the same findings – adding in more variability to practice seems to cause more errors during practice. But, when tested at a later date, variable practice leads to more retention of sporting skill. We call this – the contextual interference effect.

To add a little more complexity to the concept of practice variability there are two scales that have been covered in the research. Both showing this same learning effect.

This creates the following matrix of practice structures you now have to optimise your rate of golfing skill:

Take a look at the golf practice matrix below, I’ve provided an example of each. Think about what type of practice you mainly use to develop your golfing skill.

Think of these two variables as scales ranging from 0 to 100, rather than just four separate types of practice. We can tweak the amount of practice variability or randomness in a near infinite number of ways.

That’s the basic theory. The next bit is where it gets interesting.

Why does practice variability increase rates of learning?

Now imagine I ask you: What is 3 + 4? What is 3 x 4 What is 3 – 4? Although the questions are very similar, each one requires your body to develop a new solution to the problem.

This essentially is what is going on with practice variability in golf. When you hit your first 7-iron on the golf range, your body has to do some seriously complex planning. However, for the next shot there is far less planning required…and so on.

Whereas, if you mix up every shot, or clusters of shots, you’re forcing your body to re-plan each time. This increased level of planning leads to worse performance in practice, but it appears to increased rates of skill retention (learning) at 2, 12 and 48 hours post-practice. This effect has even been shown to still exist 14 days after practice has stopped.

No. If you now only go and do variable practice after reading this I will come and slap you.

This is where so many golf coaches go wrong. Let’s dig a little deeper.

There are two stages to executing great golf shots:

There are times in golf where we need to get to grips with a new movement or concept – such as a swing change. When this is the case it’s ideal to have a stable learning environment. Practice where we can test, re-test and refine what we are trying to do. In this instance blocked ~ constant practice is ideal.

In both of these instances some sort of variability (random or variable practice) will be most useful.

What is most important is having a clear aim before any practice session. Once you identify what your practice aim is, you can then decide what type of practice is optimal.

Most of the practice variability research in sport has be conducted with beginners. When practice variability has been explored with intermediates, there is conflicting evidence. This means we actually have very little evidence to say it definitely helps golfers of all levels. Or more likely the positive effect it has is relativity small.

Furthermore, we still don’t really know how or why practice variability has this affect on learning. We don’t even understand how we control or learn movements – which makes answering a question like this one problematic.

If anyone has studies post-graduate psychology they will point to the elaboration hypothesis or the forgetting – reconstructing hypothesis for explaining practice variability and learning. However, both of these have weak evidence in modern science.

From a neuroscience perspective it appears the supplementary motor area and motor cortex (M1) are more active during random/varied practice. But that is about as much information as I can give you – we don’t know what ‘more activation’ truly means.

We still don’t understand where something such as ‘the golf swing movement file’ is stored within our brains. The hippocampus appears important in the consolidation of episodic memory, but this is not so true for learning and controlling movements, such as the golf swing.

Click here is you want more ramblings of how the body control’s the movement of the golf swing. Otherwise, let’s get back to making this article useful for your game.

How to apply practice variability to your game

What we’re left with is some evidence that practice variability is useful.

Practice variability appears to improve the decision making and planning aspects required to play great golf. It may also provide more adaptable solutions to solve the task of whacking a golf ball towards our intended target – but this second point is just my hunch after many years of being a science and golfing nerd.

Ensure you have these top four priorities in order before you faff with your practice variability. I feel this is an important point, because many coaching pros do not follow this approach.

Practice variability is in vogue, and easy to manipulate to appear to be a knowledgeable coach. Whereas juggling the issues of specificity (practicing on-course and under pressure), getting the require volume (hitting lots of repetitions on the range) and optimising feedback channels are far harder challenges to solve.

Here is a little example to help you apply practice variability to your swing changes or skill development practice:

When you first make a swing change (or you are developing a new golfing skill to a higher level) you will see a dip in your performance.

Your execution will be inconsistent and you won’t be able to feel the difference between a good and bad swing. At this point use blocked ~ constant practice. Hit lots of shots with the same club in blocks of 10 – 20 shots (left hand box).

Once you can hit 70% of your shots well in practice, add in some variability (blocked ~ variable practice). Try hitting different shots with the same club. You can either vary the distance you try to hit the club, the trajectory, the lies you hit off… there are many possibilities.

Golf Insider tip: When you shift to this more varied practice structure you will make far more errors in practice. Just remember practice performance and learning are not always linked.

The final step in helping you take your new skill and swing change onto the golf course is to add in random ~ constant or random ~ varied practice. Again, this transition will lead to more errors in practice, but a better retention of your skill and better transfer to the golf course.

If you would like an idea of how this may look for chipping practice check out this article with some progressions in practice variability from the practice ground to the golf course.

I hope this has been useful in helping you optimise your golf practice. Remember, practice variability is useful, but it’s not the be all and end all when it comes to optimising your practice.

If you would like some more skills games and a great way to track your golf progress check out the golf insider performance diary. And I always appreciate a social share to help me grow this blog.

2 thoughts on “Golf practice variability: The truth for golfers”