The TaylorMade Stealth iron looks a bit more like it could be one of the P700 series from TaylorMade than an extension of the SIM line. I think we are done with the SIM and the M series, and TaylorMade is trying to establish the Stealth irons as something unique and new.

With the Cap Back design, the look of the club head is a bit more premium with some rounded features that don’t appear clunky. We can’t quite call the club head “stealth” looking, but it is not as bulky as we have seen from TaylorMade game improvement in the past.

If you look back to the start of the M series and then the continuation into the SIM and eventually the Stealth, the overall look of the club head has not changed all that much; it’s still a modern cavity back golf iron.

Forgiveness is critical when you only make one set of irons that are supposed to work for all mid and high handicappers looking for help with their games. The biggest help with forgiveness you will find in the Stealth clubhead is a lowered center of gravity.

By moving the center of gravity lower, golfers will have an easier time hitting the ball higher, getting plenty of ball speed, and eventually stopping it on the green.

The Thru Slot Speed Pocket technology is continued in the Stealth Irons, and although this is often thought of as distance technology, it does quite a bit for player forgiveness. The Stealth irons are forgiving enough to have a missed hit only cost you only a few yards in distance, and both heel and toe strikes stay pretty straight.

TaylorMade is all about speed; you don’t have to stick around long to know that the new Stealth irons will have some distance technology built in. This is a game-improvement iron so expect slightly lower lofts with a 43-degree pitching wedge, which is pretty standard for TaylorMade.

However, a new face technology helps the golf ball get a bit more speed and a better jump. The 450SS face has a large sweet spot and encourages players in the mid to high handicap range to be able to swing through the ball with complete confidence.

There is a bit of club face flexibility that helps ensure maximum distance is achieved when a player makes contact. This is the same trampoline type effect we are looking for in all golf clubs ad although it is useful for distance, we see that too much of this in an iron results in reduced distance control.

The Stealth irons tread this balance pretty well – they are some of the longest irons on the market, and for that lose a bit of control, compared to Mizuno’s MP irons which are shorter but max out feel and control.

The feel of the TaylorMade Stealth irons is supposed to be that forged iron feel that we saw in the SIM 2 Max. The golf industry continually tries to do things like make a blade feel have forgiveness like a cavity back or make a cavity back feel like a blade. Typically there is just moderate success.

The feel of the TaylorMade Stealth irons certainly removes unwanted vibrations. They kept the Echo Damping System in place from the previous models. In addition, the new toe wrap construction seems to improve overall stability in these TaylorMade irons.

However, to say that this iron feels as good as something like the P770 would be misleading. When you have a miss with the long irons, expect some good performance and very little rattle; however, on the short irons like the gap wedge and pitching wedge, that buttery feel we find in forged or blade style clubs is not quite there.

As a golfer searching for clubs in the game improvement category, this is to be expected.

Why Only One Option?

TaylorMade decided to put out just one Stealth iron, and consequently, this through off some golfers that were looking for something to replace the SIM Max 2 OS.

With the TaylorMade Stealth iron having just one option for players to choose from, we were happy to see the number of shaft options available for golfers to choose from. TaylorMade mentioned that more than 50% of the SIM Max golf irons they sold came through the custom golf club department.

This says quite a bit about how golfers buy clubs and the fact that the Stealth iron head probably has enough technology to handle several groups of golfers. It also proves yet again that shaft, lie angle, loft, and grip selection are just as important as the club head.

Alternatives To The Taylormade Stealth Irons

It’s always good to check out the other golf clubs in the category, so you feel confident that you made the right buying decision.

The Ping G425 has been a very strong selling iron for Ping. After the Ping G400 and the G410, the small adjustments that Ping had to make to achieve really impressive performance have helped to set these irons apart from the crowd.

If you have never swung a Ping golf iron, it may be time to give it a try.

When golf manufacturers create a new golf iron, they typically need something to improve upon. Improving upon the original Rogue would not take too much work because of the new AI technology that Callaway has implemented into the came.

With the Callaway Rogue ST Irons, the center of gravity is perfectly placed, the urethane microspheres are moved up higher in the club head, and the overall look has been improved. We found the top-down look of the Callaway Rogue ST to be a bit thinner and more pleasing than the TaylorMade Stealth.

In addition, the Rogue ST iron is a distance machine with some of the highest ball speeds on the market. If you need help hitting the golf ball a long way, this iron can do it.

To read a more in-depth review of the Callaway Rogue ST Irons, check it out here.

Hopefully, this TaylorMade Stealth irons review helped you clear up what has changed with the irons this year and whether or not it makes sense for you to upgrade. Below are some additional questions potential buyers have.

What handicap are Stealth irons for?

The Stealth irons are for the 10-25 handicapped golfers. This is a game-improvement iron for players that need a mix of forgiveness and distance in their golf shots.

Are the Stealth irons blades?

The Stealth irons from TaylorMade are not blades; they are a cavity back iron that claims to have the feel of a forged iron. The new cap back design certainly gives the club a more updated look, but it is not a forged or blade-style golf iron.

Which TaylorMade iron is most forgiving?

The Stealth iron is one of the most forgiving golf clubs that TaylorMade has on the market right now. However, even though the TaylorMade P790 irons have quite a bit of feel and precision, they are also known for being forgiving for their head size.

When did Stealth irons come out?

The TaylorMade Stealth irons first came out in April 2022. The fairway woods and drivers were seen on the PGA Tour slightly before they reached the hands of the general public.

Are the Stealth irons good for low handicappers?

Low handicap golfers will find that the Stealth irons do not have quite enough workability to make certain golf shots happen. If you like to control ball flight and work the ball, the Stealth irons don’t have the proper feel and performance. Instead, look for something like the P770 irons with a slightly better feel, a bit less forgiveness, and more opportunities to manipulate ball flight and path.

Hopefully, this TaylorMade Stealth irons review has helped you get a better idea as to if these irons are a good fit for your game.

It’s a good game improvement choice and a solid piece of the TaylorMade lineup but not necessarily better than the Callaway or Ping irons. 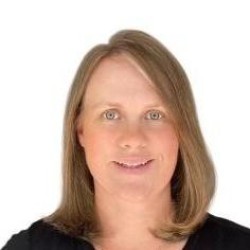 Britt Olizarowicz is a former teaching and Class A PGA professional with more than 25 years spent with a golf club in her hand. Britt is a small business owner, author, and freelance golf expert that knows this game inside and out. She lives in Savannah, GA, with her husband and two young children.