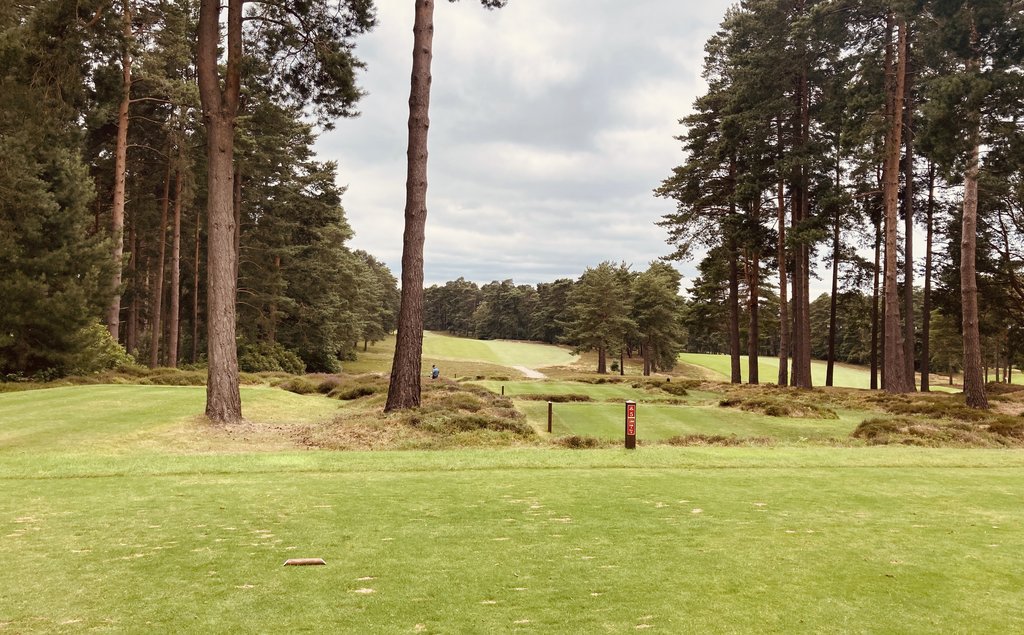 Historical golf stats, such as green in regulation and putts per round, have been replaced by shinier new metrics – strokes gained. Here we will explain strokes gained and look at how you can use these numbers to improve your golf game.

The purpose of golf stats

Golf stats are great to look at, but they should always serve a purpose. As soon as you’ve carded a round it is in the past, you can’t change anything about how you played.

However, this data can be highly useful in displaying your strengths as a player and telling you where you should invest time to improve your golf game.

Golf stats are the start point for developing any golfer.

Historically, golf stats categorised the long game into binary classes – fairway hit or missed, green hit or missed. Putting ability was commonly judged on how many putts it took you to complete a round.

This approach has many merits but is fundamentally flawed. A shot that finishes out of bounds has far great effect on your score than a drive that finished 2 yards into the semi-rough. Yet, both are recorded as a missed fairway.

Thankfully, Mark Broadie, with the support of others, pioneered a new form of golfing statistic – strokes gained.

In 2010 Angel Cabrera had 26 putts in a round, but was rightly unhappy, as his average first putt length was 9.6 feet. His putts gained stat for the day was -2.8.

Conversely, Ian Poulter had 32 putts at the Deutsche Bank Championship in2010 but gained 2.3 on the field in putting. His average first putt length was 32.3 feet.

Strokes as a base unit

The genius of strokes gained is twofold – first the base unit is a stroke, the aim of golf is to complete a hole and round in the fewest number of strokes possible. Strokes are the currency of great golf.

The second stroke of genius is the multi-stage problem solving process. Where a player’s progress can be updated and analysed after each shot.

Broadie credits this approach to the work of Richard Bellman who invented dynamic programming. Dynamic programming is a branch of mathematics that can be used to solve multistage problems. This approach has found wide-reaching uses including investment analysis, medicine, solving chess problems and now used to analyse golf performance.

Classical statical approaches such as multiple linear regression hit problems in golf analysis as they require data to be independent of one another. Independence of data is often violated in golf – putts depend on approach shots, approach shots depend on the drive hit…Strokes gained solves this problem and provides a statistical approach to analysing all areas of the game with a common base unit – a stroke.

The start point for strokes gained is knowing the average number of shots it takes a player to complete a hole from a given location.

Strokes gained takes advantage of the PGA’s Shotlink data, which tracks every player’s shots during the season to an accuracy of less than one inch. With this data we can calculate the average number of shots taken by a tour player to finish a hole from a given distance.

With this dataset we can then compare any shot a player hits relative to the shot’s start point and endpoint.

Imagine a golfer is standing on the tee of a long par 3. The average number of shots taken to complete this hole is 3.2.

Their tee shot has placed them 1.4 stokes closer to completing the hole. We must remember they have used one stroke to reach their new location, we’ll subtract that below:

Meaning in total their tee shot gained them 0.4 shots on the field – it was a great tee shot.

You can see how beautifully simple this approach is. Let’s look at one other topical example before we get back to your golf game.

In 2020 Bryson has polarised golf fans with his obsession for distance. Strokes gained probably played a large part in Bryson’s decision to take this new path.

According to strokes gained data, PGA pros take an average of 4.17 shots to complete a 460-yard par four. This would be classed as a tough hole on tour.

If we jump forward a step we know that pros take on average 3.19 shots to complete a hole from the fairway at 200 yards. Consequently, if a pro hits their tee shot 260-yards and lands in the fairway, leaving 200 yards they will have lost 0.02 shots to the field.

The strokes gained data tells a player the following information about hitting a longer drive down that same hole and the average strokes taken to complete the hole:

If a player could hit a straight 320 yard drive down this hole and leave 140 yards into the green they would be at a great advantage. Below we’ll adapt the example above to reflect this new distance longer drive and short distance left into the green:

From this example we can see that hitting a drive that leaves 140 yards in, rather than 200 makes the hole a lot easier. On average 0.28 strokes easier.

Just imagine if you could replicate this advantage for all 14 of the par 4s and 5s? You would gain a serious advantage.

As we will see in the next section this type of analysis isn’t perfect, but it provides a very compelling example of how strokes gained data can be used to think about getting better at golf.

I hope these examples help you understand strokes gained and make you think harder about your own golf game.

What does strokes gained tell us?

If you grab a copy of Mark Broadie’s book ‘Every Shot Counts‘ you’ll learn that for many years we’ve been overvaluing putting and undervaluing the long game. This notion is true, but I do have a caveat or two at the end of this article.

His research indicates amateur golfers lose more shots outside 100 yards compared to pros than they do inside 100 yards – just slightly more I might add.

So should we all double down on the range and forget the putting green? This is the view of some golfers, but it isn’t Broadie’s view. As Broadie discusses in his book there are many ‘it depends on‘ statements.

I shan’t replicate what he discusses in his book. Instead, I’ll add a couple of additional points that are worth noting about strokes gained analysis when considering your own golf game.

The issue with averages

Averages can be dangerous, strokes gained data would tell you 3-foot putts aren’t important, because on average the golfing population holes most of these. However, every time you miss at 3-foot putt it costs you 0.96 on the PGA Tour and almost as much as an amateur golfer.

Averages from a dataset can make short putting not seem important, but if you miss 4 putts a round inside 6-feet this is highly costly to your score.

Another issue with any statistical analysis is what can’t be measured. Strokes gained measures shots from the fairway (1st cut of rough included), rough, sand and recovery positions, but that is the limit of the context.

On average, golfers take fewer shots to complete a hole from 40 yards than they do from 100 yards. Nonetheless, these findings may not hold true for a down wind hole on a links course.

Stats also do not capture your own personal ability for a given shot. A 40 yard shot might be your top skill, or your worst nightmare.

Statistics cannot capture this nuance – this is a skill required when interpreting the numbers.

Strokes gained and your golf game

What does this mean for your golf game? Despite the points noted above strokes gained is brilliantly useful, so too at classical golf stats when used correctly.

Both have their place and require you to know what the numbers can and cannot tell you about your golf game.

Below are the key points I feel golfers should consider when looking at golf stats and using them to improve their own golf game.

All shots are not created even, being 3 feet closer to the hole has little or no effect on your scoring for a drive. Hitting an approach shot to 21-feet rather than 24-feet also has very little impact. However, hitting a pitch shot to 3-feet rather than 6-feet will save you 0.3 of a shot.

Consider the shots that will really move the needle in scoring and practice them. Also spend time working on the shots that make a small difference but occur frequently in a round of golf.

Where possible track the direction of your misses. If strokes gained is the what you need to work on directional data is the how you need to improve your golf game. Directional information links performance data to ball flight and coaching.

Be wary of comparing yourself to averages. Just because you’re better than average compared to your cohort it doesn’t mean you should stop trying to get better if it will improve your scoring. Bryson was ahead of average when he took on his new distance mission. The same could be said for Luke Donald’s putting and your own golfing strength.

Consider your return on investment – the current rhetoric is that short game is overrated. Yes, amateurs lose more shots to pros outside 100 yards, but what is the return on an amateur golfer having an extra 10 short game practices a month versus an extra 10 range sessions a month.

I’ll wager the short game practice will save most players more strokes. I would love you all to drive the ball like Rory McIlroy so keep working at it, just realise building a great long game takes serious investment.

Stats are the starting point for developing as a golfer. Heading to the practice ground without knowing your weaknesses is like setting off at full speed in your car before you know your destination.

I hope you’ve found this article useful in considering how best to achieve your golfing goals over the next 12 months. Feel free to come join Golf Insider weekly post for more articles like this one.